The fullness of TRUTH is revealed to Man through the Father, Son and Holy Spirit. Scripturally, the Old Testament of the Holy Bible, representing Judaism, reveals in large part the revelation and Word of the Father. The New Testament of the Holy Bible, representing Christianity, reveals the will of the Father through HIS son Jesus Christ. The Holy Koran, representing Islam, again reveals the will of the Father as exemplified and admonished to Man through HIS Holy Spirit. All 3 faiths theologically and scripturally combine to codify GOD's complete covenant, salvation and revelation to Mankind. 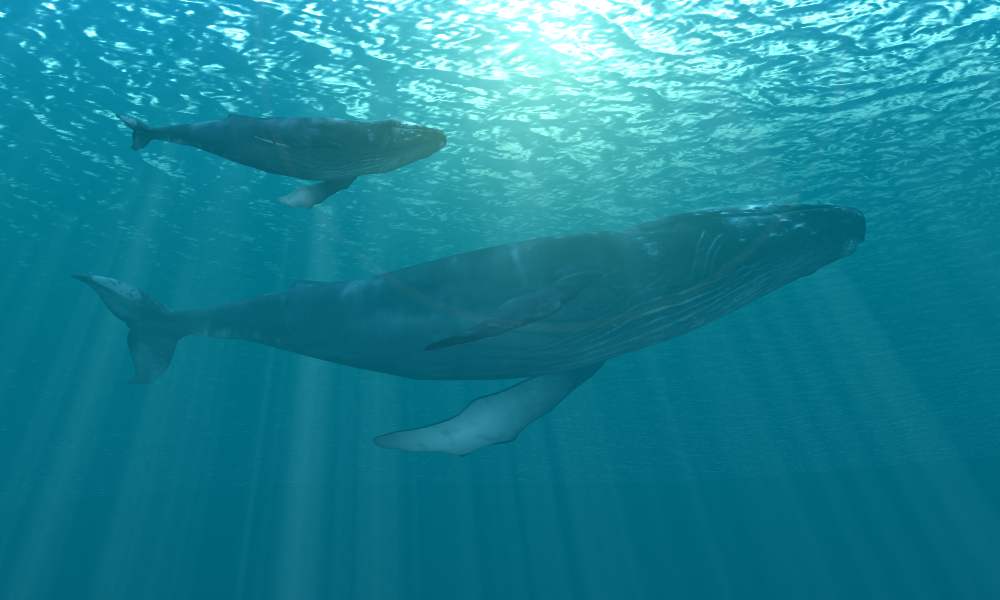 JUDAISM
GOD the Father was, is and forever shall be. The revelation of HIS existence and of HIS creation is found primarily in the Old Testament portion of the Holy Bible and generally referred to as Judaic scripture. In the first book of Genesis, the Creator establishes HIS covenant with Man through the person of Abraham and HIS lineage. At the heart of Judaism is found the "Torah" or Law, resulting in the account of Moses, the fate of the jewish people and the Ten Commandments. The first five books of the Old Testament on whole are an account of the Creator's intervention and guidance of HIS creatures affairs and destiny throughout early history, focused and oriented primarily on HIS people and nation Israel. The Creator is known by many names and titles, some of which include: the LORD, GOD, the Father, Jehovah, Jah, Yahweh, YHWH, Adonai, Elohim, the Lord of Hosts, El Shaddai, Eli, El, the Almighty, 'I am that I am' etc.....

CHRISTIANITY
Jesus Christ is the annointed Messiah of the Most High GOD in Heaven. He is the way, the truth, and the life, and no man comes to the Father but by him. As the established intermediary between GOD and Man, Christ took on the sins of the world upon himself so that Man may be forgiven of his sins and seek the glory of the Father through him. The account of the life and mission of Jesus Christ is found recorded in the first 4 books of the New Testament and generally referred to as the Gospels. Each gospel gives a different yet similar view of the birth, life, death and resurrection of this prophet of GOD and of his teachings. In the gospel of St. John, Jesus spoke plainly to those gathered at the feast of dedication in the temple when he said, "I and my Father are of one accord". Later he spoke, "I came forth from the Father and I came into the world; again, I am leaving the world and am going to the Father". These passages and others confirm that Jesus Christ and GOD are two separate beings though one in purpose, spirit and intent. The last book of Revelations in the New Testament tells of Christ's second coming, the Judgement and the establishment of the kingdom of Heaven on Earth.

2) "Thou shalt love thy neighbor as thyself"

ISLAM
The Holy Spirit is the power, force and spirit of GOD. Known as the "comforter" in Christianity, the Holy Spirit carries out the will of the Father. The recitation of the words and works of the Holy Spirit are found in the Islamic Koran. The Holy Koran was revealed to the prophet Muhammad by the angel Gabriel- the same angel that is found in Judaic and Christian scripture. Muhammed is known as the "unlettered prophet", the last and therefore, "seal of the prophets", having descended from Ishmael, the first born of Abraham. He came to confirm previous scriptures. The Creator/Allah had originally revealed HIS will to the Jews and the Christians, but Man disobeyed GOD's commandments and divided himself into schismatic sects. The Koran accuses the Jews of corrupting the scriptures and the Christians of worshipping Christ over GOD Almighty. The Creator had expressedly commanded Man to worship none but HIM. Having then gone astray, Man must be brought back to the right path- enter Islam. The Koran, therefore, preaches the absolute oneness of GOD, indivisible, omni-present and all powerful. It is primarily a book of Divine Warning, Supreme Retribution and Final Judgement upon Mankind.

1ST SURA OF THE KORAN ENTITLED, "THE 7 THUNDERS": 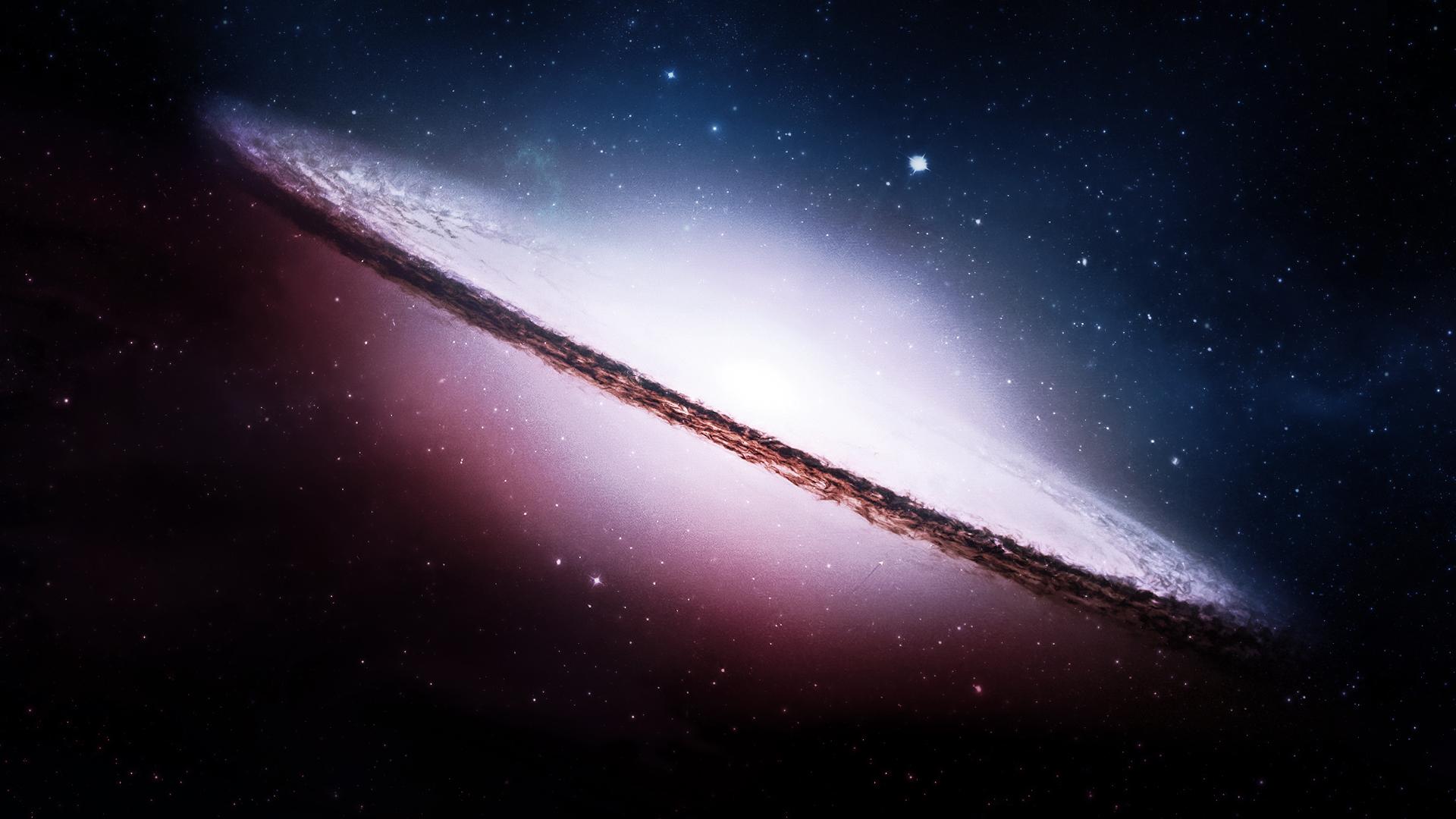 I propose the following book offer: the creation, publication and distribution of a NEW book that includes as text; the Old Testament (the Torah), the New Testament (the Gospel) and the Holy Koran, compiled and combined into ONE BOOK- commonly referred to as Holy Scripture. I recommend the Jerusalem Bible translation of the Old Testament/Torah, the Aramaic/Peshitta translation of the New Testament/Gospel and the Dawood/Penguin translation of the Holy Koran. These translations would, of course, be applicable only to english editions. Editions using languages other than english would hopefully reflect the true spirit and intent of the above translations. As well, I envision a black leather bound edition with the "sign" (jewish star, christian cross and islamic crescent) printed and/or stamped in gold lettering on the front cover. A comprehensive and extended narrative, along with each definitive symbol, could be set in the preface/introduction section in the opening pages before each major portion of scripture. To my knowledge, such an undertaking in scriptural form has never been proposed and/or published before. It is my humble belief that these 3 great monotheistic religions -Judaism, Christianity and Islam-[whose adherents comprise nearly 1/2 of the world's population] together represent what can only be labeled, in principle, as the path of the "One True Faith". At this most critical moment in human history, I believe it is now time to present to Mankind the true and complete revelation given to us by our Supreme Creator- in scriptural form.

*** This proposal was submitted to every major US, European and Middle Eastern Publishing House *** 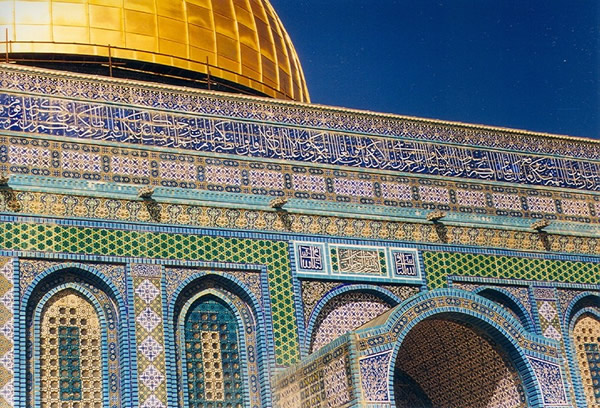 Jerusalem is the heart and soul of the three great monotheistic religions of the world. The Temple Mount, on which currently stands the 'Dome of the Rock' shrine, is of course, the center and key to all 3 faiths in the region. The Jonah Plan envisions the dismantling of the current Dome of the Rock and Al-Aqsa mosque and the construction of a NEW TEMPLE built over the 'Rock' subservient to the One True Faith of Abraham, the patriarch of all 3 faiths. The New Temple could be a place where Jews, Christians and Muslims would worship together as bretheren. I recommend the New Temple incorporate the triangle, the square and the circle into it's architectural design. By establishing this New Temple, Jews would finially have their 'third' jewish temple, Christians would have a more central place of worship, and Muslims could retain what they've always had- the holy mount. In addition, i recommend the 'haram-al-sharif',the courtyard surrounding the current Dome, be paved with pure gold to signify the sanctity and holiness of this most profound area on Earth. Not only would this act bring significant peace to the troubled Middle East, it would also confirm and enhance humanity's relationship to the Creator- the true and the living GOD- whose Will we must all eventually submit and prove ourselves worthy of before HIS Holy Presence. Regarding the State of Israel proper, unifying the Temple Mount would bring true peace by, in turn, unifying the Holy Land. The current borders of the State of Israel would, in following, be increased to include the West Bank, the Gaza and the Sinai. The Golan Heights, I propose, be given back to the state of Syria, with the borderline drawn along the northern river separating the two nations. I submit this proposal on inspiration and guidance of the Holy Ghost and will work continually for its implementation and reality in this time. 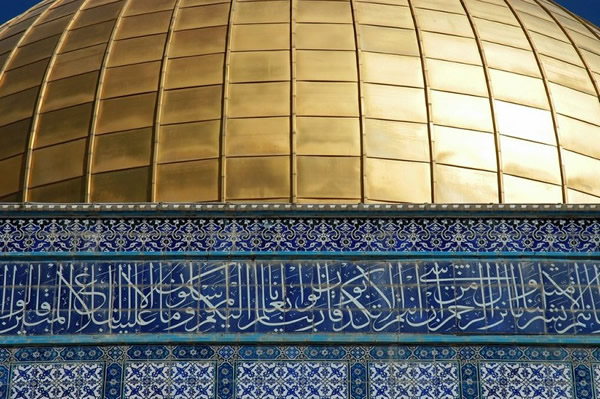 -The Book of Enoch
-The Apocrypha
-Dead Sea Scrolls 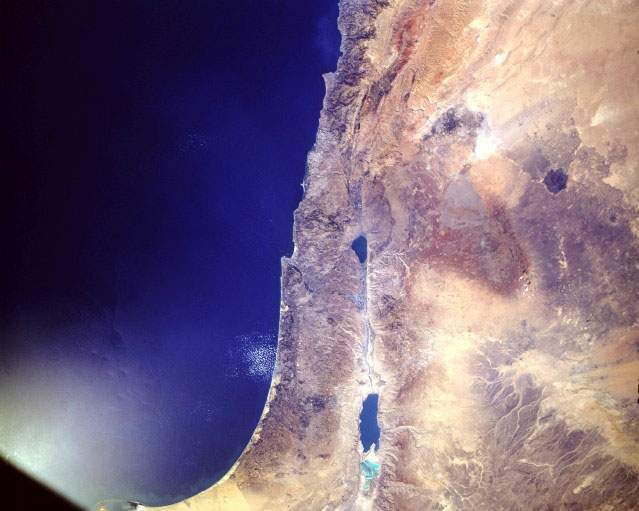 URL of this site: http://jonastheprophet.neocities.org